Why Adding Items to Clearance Can Benefit Your Religious Retail Store

Do you see a layer of dust gathering on some of the items in your religious retail store? If so, then you've run into a common problem that plagues every type of religious retail business sooner or later. But leaving those slow-moving (or downright motionless) products on the shelves won't magically get them sold  and it could even hurt your business.

Let's examine how clearance can get your religious retail store moving in the right direction again. 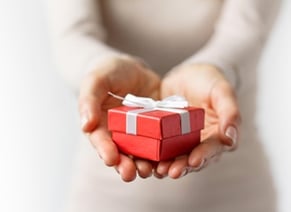 An Oldie isn't a Goodie - Clearing that shelf space can pay off.

The Trouble With Slow-moving Stock

It's tempting to believe that if you just give that older merchandise one more day or one more week, it'll finally sell for its MSRP and you can devote that shelf space to something a little more dynamic. But leaving old stuff on the shelves can do more harm that good in the following ways:

Before You Slash Those Prices

Now that you see how damaging it can be to hang onto those not-so-golden oldies, you're probably feeling better about the prospect of clearance. Keep in mind that clearance cuts much more deeply, and with more surgical precision, than a casual or seasonal store-wide sale. Clearance is a vigorous removal of merchandise you have no intention of ever stocking again, while the majority of your merchandise continues to be sold at its usual prices.

But before you slash those prices in half or lower, it only makes sense to try a few last-ditch changes just in case you were simply selling the products ineffectively. Try moving them to the front window display or next to the door, maybe with some eye-popping signage to make them stand out. This could bring them to the attention of customers who simply never saw them previously.

Reduce It, Promote It, Give It Away

If your attempts to reposition your old merchandise meets with deafening silence, then it's time to make significant price reductions. Take one-third off of retail price -- and if that doesn't get the desired results, drop prices by another third. You may feel sick at the thought of losing "all the money," but you weren't going to get that money in the first place, and it doesn't take a CPA to recognize that something is better than nothing.

Keep in mind that even the greatest bargain will go unnoticed if you don't promote it aggressively. In addition to the necessary signage in your shop, take full advantage of the power of modern technology. Email your customer database with every price drop, and get the word out via your website and social media channels. Printable coupons are an extra incentive that can turn that bargain into an offer your clientele simply can't refuse. 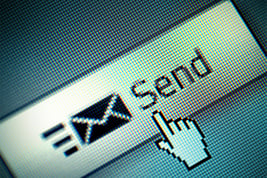 Spread the word about your clearance
via email and social media.

If all else fails, remove that unsellable merchandise and give it away to a church, community organization, or charitable group. There may be individuals out there who simply cannot afford to buy religious items. You'll be brightening their lives even as you brighten your own future sales prospects.

Clearance can be a good thing when it's obviously necessary -- if you go about it the right way. If you're looking for fabulous new religious items to replace that removed merchandise, take a moment to view our collection!